How to Evangelize On Halloween. 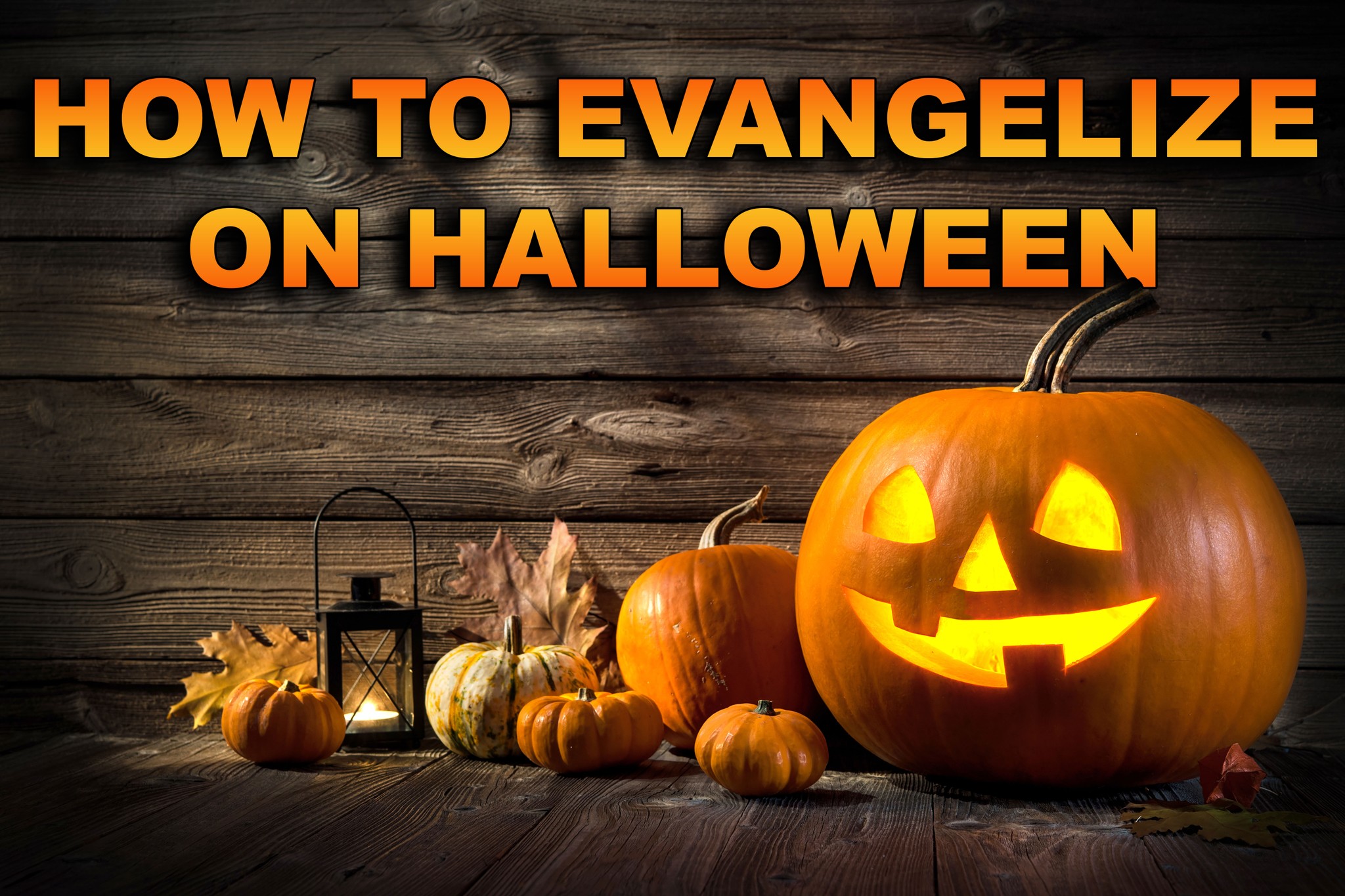 Halloween will bring in 10.14 billion this year for costumes, candy, decorations, and greeting cards.

How did this start?

Today Halloween is almost exclusively an American secular holiday, but many who celebrate have no concept of its religious origins or pagan heritage.

It can be traced back 2000 years ago, to the Celtic people of Europe and Britain who were pagan Druids. Their major celebrations were marked by the seasons.

The pagan Samhain festival (pronounced "sow" "en") celebrated the final harvest, death, and the onset of winter, for three days—October 31 to November 2. The Celts believed the curtain dividing the living and the dead lifted during Samhain to allow the spirits of the dead to walk among the living—ghosts haunting the earth.

Around AD 600, Pope Boniface IV created All Saints’ Day, a day set aside for the solemn remembrance of the martyrs. Pope Gregory III later moved this holiday to November 1 in an effort to give a Christian alternative to this pagan celebration.

In the early 1900s, the migrating Irish and Scots brought Halloween traditions to the United States. Over time, Halloween catapulted into mainstream culture.

What should Christians do?

Christians should respond to Halloween with gospel compassion. The unbelieving, Christ-rejecting world lives in perpetual fear of death. It isn't just the experience of death, but rather what the Bible calls "a certain terrifying expectation of judgment, and the fury of a fire which will consume [God's] adversaries" (Hebrews 10:27).

Witches, ghosts, and evil spirits are not terrifying; God's wrath unleashed on the unforgiven sinner—now that is truly terrifying.

Christians should use Halloween and all that it brings to the imagination—death imagery, superstition, expressions of debauched revelry—as an opportunity to engage the unbelieving world with the gospel of Jesus Christ.

“ There shall not be found among you anyone who burns his son or his daughter as an offering, anyone who practices divination or tells fortunes or interprets omens, or a sorcerer or a charmer or a medium or a necromancer or one who inquires of the dead, for whoever does these things is an abomination to the Lord. And because of these abominations the Lord your God is driving them out before you. You shall be blameless before the Lord your God, Deuteronomy 18:10-13 ESV

How Can Christians Engage in Halloween Evangelism?

1. Opt Out—Then share the gospel with those who ask why.

That response naturally raises eyebrows and provides a good opportunity to share the gospel to those who ask.

Look for some sort of church function to counter modern practices of Halloween.

Like "Harvest Festivals" or "Reformation Festivals"—where the kids dress up as farmers, Bible characters, or Reformation heroes. It can be an effective means of reaching out to neighborhood families with the gospel.

3. Hand out Candy with a Gospel tract

Give out candy to the children passing through your neighborhood and drop a Cross Penny from Heaven with a  Million Dollar Bill  gospel tract in with each kid’s candy.

Try to engage their parents in a conversation you can steer toward the things of the Lord. Maybe even invite the whole family to your church? 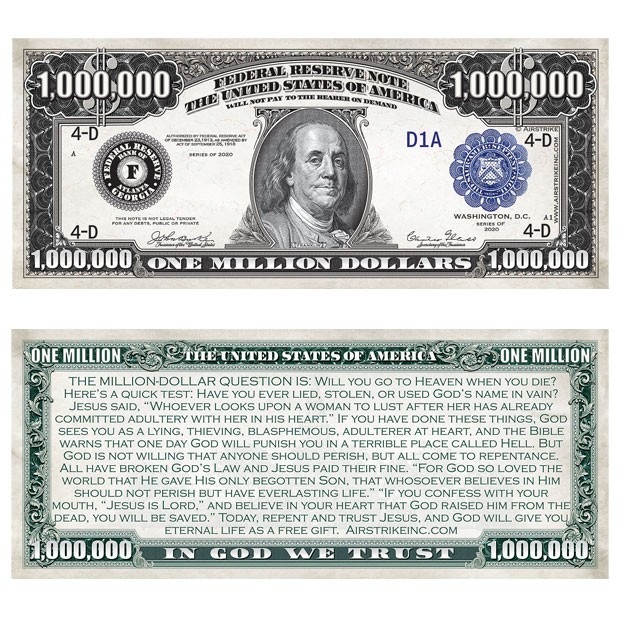 “When preaching and private talk are not available, you need to have a tract ready…Get good striking tracts, or none at all. ”

The Million Dollar Bill Gospel Tract is a striking tract. It’s a unique practical tool that allows you to share the gospel.

Christian participation in Halloween is a matter of conscience before God.

Whatever level of Halloween participation you choose, you must honor God by keeping yourself separate from the world and by showing mercy to those who are perishing.

What better time of the year is there to share such a message than Halloween?

HOW ARE YOU SHARING THE GOOD NEWS THIS HALLOWEEN? 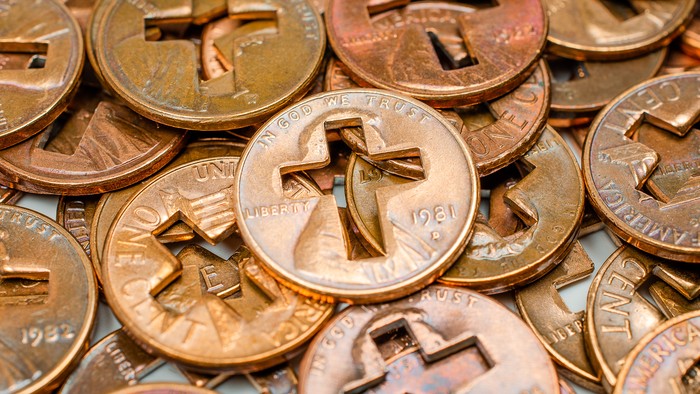